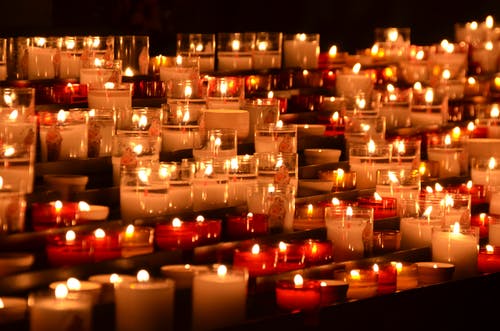 For those of us who meditate, breath is the center of our being. Meditation is all about focus on the breath, our life force. A simple act. In and Out. In and Out. Conscious focus on what we usually take for granted.

It’s the year an invisible, tasteless, odorless, droplet of virus blows through the world infiltrating the lungs of hundreds of thousands of people indiscriminately. Like all highly contagious diseases it is most successful in crowded conditions among people who are compromised to begin with it. It shatters families, livelihoods, our idea of normalcy, socialization. Our way of life. We’re not used to being confined. We don’t like it. We get used to it.  Some of us anyway. We listen to health officials. And then we don’t. And the number of cases rise again. Who knows when this will be contained?

And then, George Floyd’s murder. It was serendipity. He was one of many. But we had time now to pay attention. We were sitting home, streaming Netflix and Hulu shows about sociopathic killers night after night, and then we see the most icy killing of all. But it wasn’t a bad movie. It was on the news. We see it over and over. On automatic replay. We can’t believe our eyes. This snake eyed police officer, looking off at nothing, with his hand in his pocket, standing on the neck of a man pleading for breath. A police officer, with  the nonchalance of a punk standing on a street corner, snuffs the life out of a man pleading for his life without a care, as his fellow officers watch.

Grief.  It’s all around us in all its forms.  Although we mainly associate the word with loss through death, it’s definition is more all encompassing.

Grief is in capital letters  underscored spilling out from all of us right now.  Covid Death. Racism flaunting its ugly head in our faces over and over. Mothers losing sons. Sons losing futures. Sons losing fathers.

Loss is the four letter word of our day. Loss of jobs. Loss of life. Loss of  confidence.  Loss of ritual. Loss of breath.

The grief is spilling into the streets. And in homes. And in hospitals. And nursing homes. And small businesses. Just about everywhere you turn.

So my intended subject matter today was going to be on book to film but I will save that for a later time.

Instead, I will talk about a book that was made into a movie that was both a beautiful book and movie on the subject of grief. At its core, it is a story about what suppression of pain, of what we don’t deal with, and the different ways we mourn does to relationships. Its universality is in how dangerous it is for us to grieve privately and keep secrets when we are in the most pain.

Before, I go there, I would like to be part of the chorus demanding more diversity in the book industry. This is the story of a white middle class family. A family of privilege. Books help. They are a source of comfort for what cannot be expressed, for companionship, the me too… I matter too.  But everyone knows how much we need to broaden the scope from young to adult.  Just sayin.’  Enough talk about it. Period.

Ricky and John Ryrie have two children, Biscuit ( a precocious 10 year old) and Paul, (an awkward middle-schooler). When pregnant with her third, Ricky goes alone for her five-month ultrasound and learns that the baby has anencephalus, a serious brain defect.  The baby will either be stillborn or die within hours of birth.

Ricky decides not to tell her husband and goes on as if the birth is expected to be normal.

The book opens at the baby’s birth:

“His breath, above all, gave incontrovertible proof of his being. With grave equanimity, eyelids closed, mouth relaxed, he took and expelled, hundreds, thousands, of the most exquisite wisps of air, amounts that might be measure in scruples and drams, and which his mother imagined bore their own delicate hues, invisible to the human eye.”

She holds the baby for the fifty seven hours of its life and never lets John hold him.

Ricky also had an affair right before their marriage which John has not truly forgiven so when he finds out about her knowing about the baby and now this lack of trust in him, he is torn apart. At the same time, John’s free spirited daughter from a youthful fling shows up at the house pregnant.

The other children are interesting characters in their own rights. Biscuit is fascinated by funeral rites in other countries and is trying to find her own way to mourn the loss of her baby brother. Paul, an overweight, acned adolescent, bullied at school, works through his torment through cartooning superheroes and befriends a Haitian boy who has been through much worse than middle school torment.

Throughout, we are taken on a deeply layered journey into this family’s complicated struggle through grief, loss, and longing.

The film literally pulls scenes verbatim from the book, though many are out of order, it visually captures the mood and vibrancy of the characters.  It is restrained and moving without sentiment. Lately, I haven’t enjoyed many film adaptations, particularly if the book had complicated characters, but this one was different.  The last scene so artfully captured the theme, you didn’t need dialogue to see the beauty of how the characters could move forward.

I had been unfamiliar with this writer before. I am now going to look for her other books. True, I was swept away by the story, but her prose is absolutely gorgeous. It is rare to find both these days.